Many will soon be giving or receiving holiday gift cards for a certain megabook chain or amazon.com.  So maybe now's a good time for some recommendations of books about divorce.  I just created two listamania lists on amazon.com.  One of them is a list of my recommended books for small children about divorce, and the other one is for a couple of books I recommend avoiding.   Below you will find the substance of both lists and my comments.  Happy Holidays!

OK, now here are a few books to avoid: 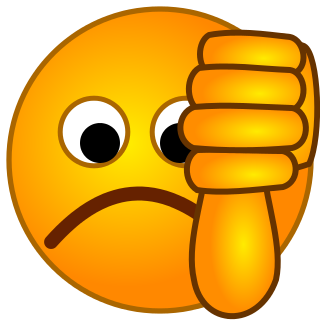 Revised rules for the Probate and Family Court of Massachusetts will go into effect January 2, 2012.  The new rules can be found on the website for the Massachusetts Trial Court Law Libraries, as reported today in their blog:

There's bound to be a bit of schadenfreude here in New England, as we Boston Celtics fans absorb the news of the impending divorce of our nemesis Kobe Bryant out in LA. But any divorce like this one - which involves two small children, ages five and eight - should be no cause for celebration.

On the bright side, it appears that this will be handled quickly and without painful public drama.  According to both TMZ and the LA Times, Kobe's wife Vanessa signed her petition on December 1, Kobe penned his response on December 7, papers were filed with the court on December 16, and the couple has already issued a joint statement late yesterday that they have come to an agreement privately through counsel and will have their divorce judgment entered next year.

According to TMZ, Kobe has already vacated their huge Newport Coast mansion, which wife Vanessa is to keep in their deal. It is clear from the filings, as released by TMZ, that Vanessa has claimed some jewelry as her separate property (including, presumably, the multi-million dollar ring Kobe gave her after his infidelity with the Colorado woman who accused him of rape back in 2003), that they did not have a prenuptial agreement, that she is seeking spousal support, and that both have requested joint physical and legal custody of their two girls.

Even though California has tightened up its rules for prenuptial agreements (following the Barry Bonds divorce, which was thought to have been unfair to his Swedish wife), it is possible in California to waive the right to share in community property and to limit the right to spousal support in a prenuptial agreement.   But Kobe Bryant, by failing to insist upon a prenuptial agreement at the time he and Vanessa married - over ten years ago, while they were very young, at the very beginning of what would become a very successful NBA career - will thus end up sharing a lot more, in both assets and in ongoing support obligations, of his earnings with Vanessa than he would likely have been required to do.

That is because the overwhelming bulk of their assets was accumulated during the past ten years of their marriage and Kobe's tenure with the NBA.  Consequently, they will likely be splitting their assets in half as it will all be "community property" - except for the jewelry she can claim as separate property because it was a gift to her.  That could mean she would walk away with slightly more than he does (on account of these expensive gifts she listed as separate property), and then continue to collect child support and alimony which will be tied to his continued high earnings.

But given estimates of their net worth in the $200-300 million range, and many more millions to come - through Kobe's expected NBA salary of $25 million plus endorsements for the next several years - the Bryants do not need our financial sympathy.

Let's just hope the girls will be okay with their parents living in separate lavish homes. And of course, go Celtics!

With the passing of Christopher Hitchens, we have lost a most brilliant, provocative writer and thinker. He was active and influential on both sides of the pond. I share my English brother John Bolch's admiration for the man and his writing. See John's post and the video contained therein: Family Lore: Christopher Hitchens, 1949 - 2011.

Email ThisBlogThis!Share to TwitterShare to FacebookShare to Pinterest
Topics: Law and Politics, Nothing To Do With Family Law

Photos from Lindsay Lohan's much-hyped nude photo spread, to be officially released in next week's Playboy, leaked out on the internet today.  Playboy claims to fear the leak may negatively affect sales of the magazine, which will need to be phenomenal enough to justify its nearly million dollar payout to Lindsay. 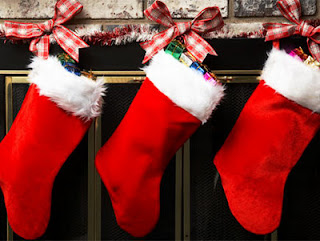 As TMZ put it, "justice is not only blind...sometimes it's stark naked."

Email ThisBlogThis!Share to TwitterShare to FacebookShare to Pinterest
Topics: Criminal Law, Feminism, Gender Issues, Justice for the Rich, Nothing To Do With Family Law

A new working paper  recently discussed in the Freakonomics blog, and which looks at the relationship between the absence of fathers from the home and juvenile delinquency, suggests that the presence of fathers, while beneficial for both sons and daughters, may be much more beneficial for sons than daughters.  The working paper finds, among other things, that "adolescent boys engage in more delinquent behavior if there is no father figure in their lives.  However, adolescent girls' behavior is largely independent of the presence (or absence) of their fathers."

Of course, we should always view claims of findings from such social "science" reports with a healthy dose of skepticism.  A commenter on the Freakonomics blog named Todd makes the good point that this new study may be missing some important factors, especially as previous biological evidence shows father absence early in life may affect daughters by dramatically altering the age at which they get their first period. I would add that longitudinal studies in the United States and New Zealand have previously shown that father absence is strongly correlated with a higher risk for daughters of early sexual activity and teenage pregnancy.

However differently father absence may affect daughters versus sons, what is clear is that father presence has positive effects and father absence has negative effects - that is the common denominator of all studies to date, including this latest one.  And while that may seem self-evident to most of us, it is not uniformly understood or believed due to the sad pervasiveness of men bashing in certain circles.

Father absence and its effects on children - both sons and daughters - should concern us all, as we have gone from a nation, here in the US, with 8 percent of children living in mother-only homes in 1960 to one with fully 23 percent living in such homes in 2010, according to the US Census bureau.  I hope more such studies will be done, and that more of us will pay attention to them and the issues they raise.