Baseball Brings Down the Divorce Rate? 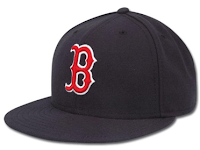 As recently reported by Nolo’s Divorce, Custody & Family Law Blog, cities that have acquired professional baseball teams have subsequently seen their divorce rates fall at faster rates than other cities that have wanted but did not get baseball teams. Nolo's blog points to last month's Business Week article which discussed the interesting study on this from the University of Denver's Center for Marital and Family Studies. Although I'm very skeptical - as I usually am with such social "science" studies - I am also a baseball fan, and as such, I really want to believe that baseball might actually bring down the divorce rate.

Many complain their spouses spend too much time watching that big game. But you know, perhaps we would have more marital disharmony if we didn't have that big game to watch.

Massachusetts in particular, and New England in general, have in many recent years boasted the lowest divorce rates in the nation. As Boston and New England have also had more than their fair share of winning sports teams in the last several years, maybe we need a wider study to test the broader hypothesis that spectator sports in general may be helpful in bringing the divorce rate down.

Usually far different reasons are suggested for such lower rates of divorce in New England than other regions of the country, such as the Southeast. For more on such comparisons between and among states, start with these two articles: To Avoid Divorce, Move to Massachusetts from the New York Times, and Blue Over You. Why Red States Have Higher Divorce Rates.

Who knows? While we await the answer to such questions, I say take me out to the ballgame, and Go Red Sox!

Email ThisBlogThis!Share to TwitterShare to FacebookShare to Pinterest
Topics: Massachusetts Miscellany, Other Blogs

This past month, Maine has become the fifth state to legalize gay marriage. For the basic story, see the Huffington Post's article from earlier this month: Maine Gay Marriage Legalized. Meanwhile it seems New Hampshire is on the verge of approving same-sex marriage as well, although there is presently what supporters hope will only be a slight delay.