Divorce is not only the end of a marriage, but also the beginning of a new life, and for some people, even a cause for celebration.  As I recently discussed here, some newly divorced or divorcing individuals have begun to mark the end of their marriages with some form or other of leisure travel. 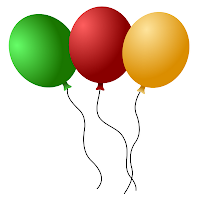 Well, even if you prefer not to travel, you can celebrate your new status in a more public way right in your hometown:  you can throw a divorce party for all your friends.  Divorce parties are not new, as they have been going on for some time, but the ones I have known about have been relatively private, small, informal affairs.  However, in Los Angeles at least, an industry has sprung up to cater to an apparently growing demand for divorce parties there.   Maybe this is a trend that will catch on elsewhere.

A scientific study done in the Philippines suggests that men who become fathers have hormonal changes that may help them to adapt to their new role - i.e., they have a drop in testosterone upon becoming fathers.   That should come as good news to those of us who already know that men can and do make excellent, nurturing parents, and who envision a world of increasing gender equity, both at work and at home.

Gender stereotypes and prejudices, backed by faulty biological assumptions, have inevitably resulted from thousands of years of history in a predominantly patriarchal culture (with fathers in the bread-winning role and mothers in the primary parenting role), and they continue to stand in the way of men in search of parenting equity at home, even as women have made tremendous strides in the workplace over the past fifty years.   This scientific study provides hope to the optimist in me that parenting equity and equality in the home will eventually catch up to, and parallel, the rapidly advancing workplace equality women have achieved, and are continuing to achieving, both in this country and throughout the developed world.

This is probably not the news most fathers want to hear.


Testosterone, that most male of hormones, takes a dive after a man becomes a parent. And the more he gets involved in caring for his children — changing diapers, jiggling the boy or girl on his knee, reading “Goodnight Moon” for the umpteenth time — the lower his testosterone drops.

So says the first large study measuring testosterone in men when they were single and childless and several years after they had children. Experts say the research has implications for understanding the biology of fatherhood, hormone roles in men and even health issues like prostate cancer.

“The real take-home message,” said Peter Ellison, a professor of human evolutionary biology at Harvard who was not involved in the study, is that “male parental care is important. It’s important enough that it’s actually shaped the physiology of men.”

“Unfortunately,” Dr. Ellison added, “I think American males have been brainwashed” to believe lower testosterone means that “maybe you’re a wimp, that it’s because you’re not really a man.

“My hope would be that this kind of research has an impact on the American male. It would make them realize that we’re meant to be active fathers and participate in the care of our offspring.”

The study, experts say, suggests that men’s bodies evolved hormonal systems that helped them commit to their families once children were born. It also suggests that men’s behavior can affect hormonal signals their bodies send, not just that hormones influence behavior. And, experts say, it underscores that mothers were meant to have child care help.


Meanwhile in Hollywood, Demi Moore and Ashton Kutcher are apparently headed for divorce.

Email ThisBlogThis!Share to TwitterShare to FacebookShare to Pinterest
Topics: Hollywood Divorce, Justice for the Rich 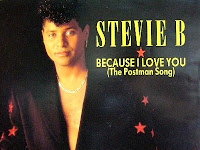 Stevie B, singer of "Because I Love You" (The Postman Song) and other hits from the 80s and 90s, was arrested in Springfield this past Friday night after his concert at the MassMutual Center and hauled off to jail for an apparent child support debt, to a woman in Agawam, of a whopping $420,000.

According to the Springfield Republican, when Stevie B was apprehended as he was leaving the arena after his show, the arresting officer found him "cooperative but surprised by the arrest" and concerned "that he might miss a weekend gig in Providence, RI."

Stevie B is apparently now regularly residing and working in Vegas.  Did he forget about the child support he skipped out on here in Massachusetts? Did he think he was in the clear by now?

Hmmm, reminds me of another music celebrity, Bobby Brown.  He too was arrested several years back after returning to his native Massachusetts (from Georgia, in his case) to see his daughter cheerleading, and was hauled off to jail for huge back child support.  One of the lessons I derived from this story, as I blogged back then, was:


If you happen to become a celebrity when you "grow up" and if you happen to get way behind on your child support, then do not go to visit your daughter as she is cheerleading in public.

Perhaps I now should add to that:


...and do not perform a public concert in the very state, and in the nearest city, in which the ex to whom you owe massive child support happens to live.

On this past Monday, October 3, TMZ reported that Stevie B was indeed arraigned on Monday, but still remained in custody until able to pay at least $10,000 of what he owes to get out of jail.  The Associated Press more recently has reported that he got out of jail on Tuesday by paying $11,000, but Stevie B disputes the amount of the debt.    More details, from the the AP story:


On Monday, he agreed to a schedule of payments for approximately $420,000 in child support, including a lump sum payment of $10,000 and weekly payments of $921. His lawyer said he paid an additional $1,000 with the required lump sum and has offered to pay an extra $500 per week.

An extra $500 a week toward arrears would be just a tad less than what would be necessary just to pay the 6 percent annual interest that would be assessed on his $400K+ debt (to say nothing of the other 6 percent ordinarily assessed in penalties). I see more lump sum payments and possibly seizure of assets in Stevie B's future. 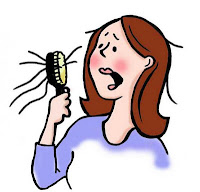 I do promise, however, to report any good news when I see it.

The Massachusetts trial court system has issued the fourth edition of Guidelines for Judicial Practice: Abuse Prevention Proceedings.   The updated guidelines reflect a number of substantive and procedural changes, and reflect changes in statutory and case law since the guidelines were last revised in 2000. Hat tip to  Massachusetts Law Updates. 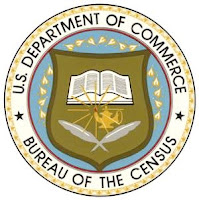