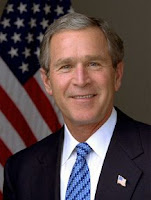 
Another great article by Human Rights Watch attorney Joanne Mariner appeared today, this one on the current, open question of whether our US Supreme Court will do the right thing, six years too late, for some of the unjustly imprisoned at Gitmo, in her findlaw article The Supreme Court Faces the Kangaroo Courts.

Also today, one example of our government's sad moral failure at Gitmo is chronicled in the Boston Globe opinion piece of Boston attorney Sabin Willett, who describes how the Bush administration, and our federal court system, have played the role of homewrecker in the case of one particular family man, whom our government will not release from incarceration even though our military has repeatedly admitted he is innocent. Consequently, this poor innocent man, who is concluding he will never be allowed to leave Guantanamo to return to his family, has decided to "release" his wife. 'I will never leave Guantanamo' (Op-Ed Piece in today's Boston Globe, by Sabin Willett).

Kids, the moral of this story is: It's hard to practice family values when you're violating human rights.
Posted by Unknown at 12/03/2007

As the article says, "He would be gone if the military could find a country to take him."

It's the home country that won't let this "poor, innocent man" reunite with his wife.

It is the Bush government that has invented the category of "enemy combatant" and is keeping a man imprisoned for six years, even though the US military has stated repeatedly he is innocent. It is the Bush regime, and the Bush regime alone, that is keeping him imprisoned. If there is no country where he can be returned, the U.S. has the duty under international law to release him into the U.S. if need be. This is a horrible injustice and an obvious, disgraceful violation of human rights. And yes, this imprisonment, if the facts of the article are correct, is completely the fault of the U.S. government. Bush is the commander-in-chief of our military which says he is innocent. Bush has created the nightmare injustice at Guantanamo, and he has created the kangaroo courts. There is no one else to blame but Bush and the Bush regime, even if Congress and the courts have played a part in this as well.